We moved 4000km away once already in 2015 when we left Québec to come to Chilliwack. Our children were 4, 2 and less than 1 year old at this time and it went very well. They were so young, they didn’t really realize what was happening. It was harder for the people around them who stayed in Québec to see the kids leave than it was for them to actually move away.

That was three years ago. This time, we are moving almost 4000km away again from Chilliwack to Gatineau and our children are 7, 6 and 3. They are all reacting a little differently to the move. This is how each of them are dealing with the situation:

Chloé, our little 3-year-old sunshine, still doesn’t really understand how far we are heading. She is leaving her two favorite cousins that she adooores and always wants to play with but even if we finally told her, she doesn’t seem to understand that she won’t see them anymore… She is excited because we are excited.

This being said, she had one episode of sadness. The week prior to the moving, little by little we emptied her bedroom like the rest of the house. She was absolutely ok with it! She was happily playing with her siblings who were off from school at this point. Although if she would have a little fight with one of them, she would run to her bedroom, take her blankie and sometimes even fall asleep in her bed. Her bed is her safety spot! So when on the very last morning we took her bed to pack it in the shipping container, I gently brought her outside her bedroom as papa took care of the delicate job. It took her less than a minute to notice something wasn’t right so she ran back in her bedroom and…
The bed was gone.
She broke in tears instantly!
It broke my heart…

Chloé has always been an easy-going child. After 5 minutes in our arms, she was back playing with her siblings like nothing happened! And that’s it for Chloé! That’s the only moment that I felt some sadness in her heart.

Zack, our smart one and middle child, has been excited about this move since the very beginning. He mentioned once of twice that he would miss some of the guys from school but I think he was trying to convince me to set a playdate with them more than anything else… Right now, the flight attendants smile at his excitement of « taking the plane » because he just can’t hide it!

And last but not least, there’s Arielle, our oldest and 7-year-old who now understands clearly what is going on. She knows her house is not hers anymore. She knows she won’t go back to the same school. She knows it will be a while before she sees her friends and cousins again. And through it all, she smiles and she wants to move to Québec to be closer to grandpa and grandma.

Arielle has this ability to focus on the good side of things and I’m really proud of her for that! Therefore, I didn’t expected her to cry at all but she surprised me with a few tears when we left her cousins’ house. Suddenly, we were leaving for the airport and it was happening. She wouldn’t see her favorite big cousin for a very long time. These two have been very close since the very beginning so leaving her was a little harder. Although after 10 minutes in the car she was sleeping and now everything is fine again.

To sum up, is it easy to move away with young children? So far, our experience has taught us that the younger they are, the easier it is. But the most important is to be excited ourselves. It gives them confidence. Our children feel safe when they know papa and mama are in control and I believe feeling safe brings peace to their heart. A child’s pure happiness is a result of that peace of mind, don’t you think? 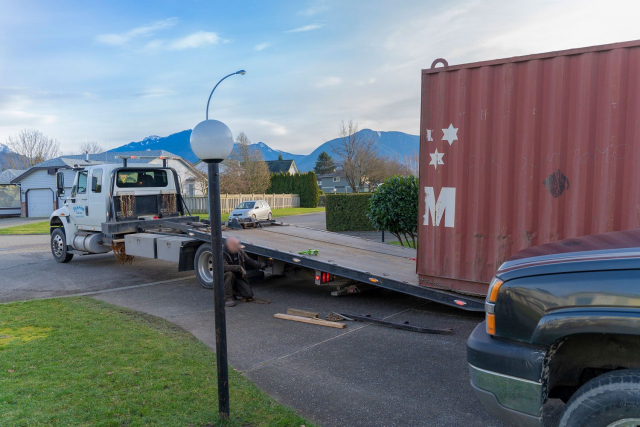 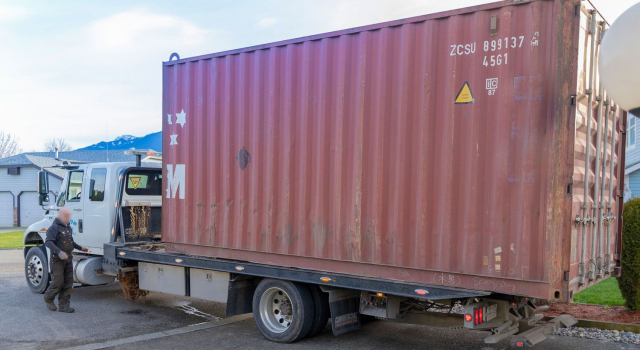 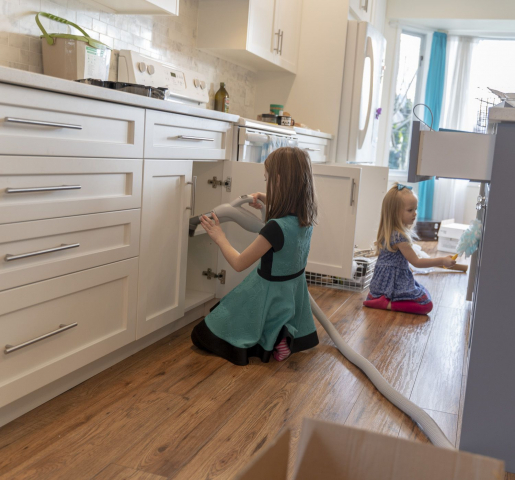 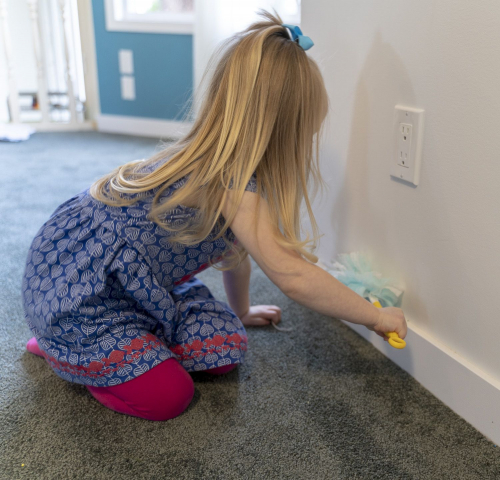 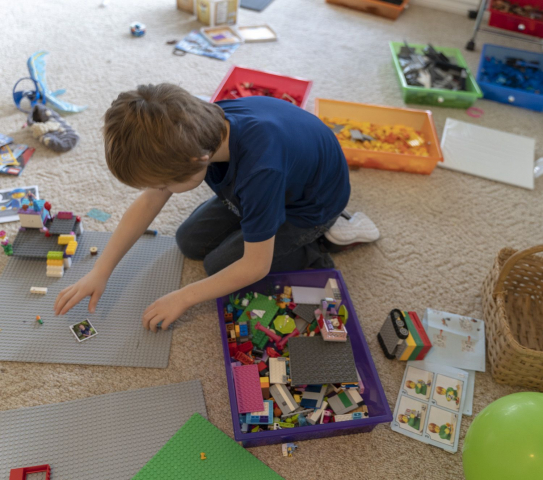 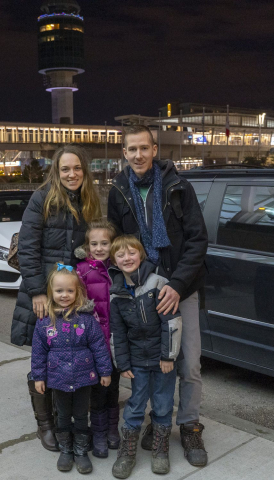