Jungle hike – Why you should hike Mount Te Kou in Rarotonga

So one day, we went for a hike in the jungle. But like, the jungle! I’ve always wanted to see those lianas (not sure why…) but I think they are pretty cool. All these tropical flowers and gigantic trees. Vegetation is simply giant in the jungle and I’ve always been fascinated by that. But the thing is, the jungle in Rarotonga is the same as anywhere else except for one thing: There are no animal! Not one! We think we saw a parrot flying but it could have been any type of bird… but that’s it. There are probably many bugs (although I didn’t see any) but there are just no animal! It’s an island and the animal kingdom hasn’t made its’ way there.

Anyway one dry day, we left a little bit after lunch and we started our hike to “the needle”, the highest point of the island. We had been told more than once to wait for a dry day because when it’s wet, it’s very slippery and therefore pretty dangerous.

So one afternoon, we took our little rented car and drove to the starting point of the hike (Wigmore’s waterfall, Rarotonga). We took a few pictures by the falls and then started walking. It was an easy hike that could be done within 2-3 hours. Perfect for two people who had never seen a real jungle!

As we were walking, we discovered the Cook Island jungle! The one without any dangerous animal, remember? 😉 It was fantastic! Everything was giant! This rainforest is filled with giant ferns. That’s probably not the real name for that plant but they really look like those small ferns we have in Canada. I swear we saw a baby fern that was still all twisted (fiddleheads aren’t they called?) and it was as tall as me! That’s more than 5 feet tall!!! Take a second to Google “fiddleheads” if you don’t know what they are. It’s worth it. And I cannot describe how big they were when they were open! …we used them to hold onto when it was very steep because they were as big as trees and they looked so sturdy.
Little tip: they were not. My husband ended sliding on his butt with a leave three times his size in hands. So I stopped hanging onto those..

At some point, we made it to a little creek but it looked like the trail was stopping there. There was nothing on the other side?! We walked a little bit in this jungle (not far!) and then found it again but.. that was odd. Many people of all ages walk this path everyday, it’s not supposed to be hard.

Anyway, we kept walking but we didn’t see any more signs announcing “the needle” though we did saw one that was saying “on the ridge”. On the ridge?! Which ridge?!! I took my phone out and open the fantastic app MapsMe. It’s a map that you can preload and when you are offline (like us, no data on our phone), you use it as a GPS: fantastic! When I opened it, I realized that we were not on The Needle trail anymore. We were heading somewhere else… not too sure where.

– Should we go back?

– Well.. At this point, let’s keep walking and find out what this “ridge” looks like.

So we kept walking… or should I say climbing! The trail was not “family friendly” anymore. We were completely lost in the middle of this rain forest, following that very narrow trail. It was so steep that you couldn’t just walk. You had to hold onto trees and branches to help you get up that trail. Thank God I had been working out a little bit prior to that trip. I never would have made it to the top otherwise! My husband was carrying his heavy backpack with our laptop, camera and drone inside. I don’t know how he did it!

As we were climbing up that jungle, all of a sudden it happened! An opening in the trees: Woooo! We were ON a ridge. A ridge that was like three feet wide with nothing less than deathly slopes on each side! The sides were covered by trees so it looked wide but when you were looking at the trail, that’s when you were realizing how narrow the ridge of this mountain was. And we started freaking out!

If you fall down this cliff, I’m sorry but you’re dead! And nobody will come get you before the next day… maybe! Although, it was the perfect moment to take our drone out! The view was phenomenal! You could see how large the forest was on this tiny island. You could see the beach and the coral reef. You could see the ocean. So vast. So wide! It was making you feel like nothing more than a little piece of dust on this planet.

We really wanted a drone shot of this amazing place and like I said, the trail was very narrow. My husband was nervous just to take the backpack off his shoulders. Where do I put it on the ground? Where do I place the drone to prepare it to fly? It’s just so narrow! But he did it. We took a minute to relax and then took the drone out. We didn’t fly it really high because we were already so high. Plus, we were nervous the drone would get caught in the wind and same thing for it.. bye bye. gone. dead.

We took a few shots but they are not our best ones. We were too nervous. We didn’t last long on that ridge. The trail kept going in front of us for I don’t know how long but we decided to go back. We had seen and experience way more than expected already, it was time for us to climb down.

So we never made it to “The Needle”. That trail we took was leading us to Mount Te Kou. Found that later on.. We’re so glad we took the wrong way! It was so worth it and the absolute highlight of our trip! When we were on our way back, we understood the mistake we made. When we crossed that creek, we were supposed to stay in the creek and walk it up a little bit. The trail to The Needle was just a little further. Instead, we crossed it and there was nothing there. We happened to found another trail close by but I don’t know how everyone else got this one right.. I’m guessing we’re not the only ones who made a wrong turn there.

We came back to our hostel that evening and as we were walking to our room we looked at the beach.. “Should we jump in the water?” We were so disgusting, full of mud and sweat that we totally did it! We jumped in the ocean with our clothes on and it was sooo refreshing! One of the most refreshing moment of my life!

Hiking Mount Te Kou was scary, exhausting and therefore… fantastic! Here are the five reasons why I think you should put in on your bucket list: 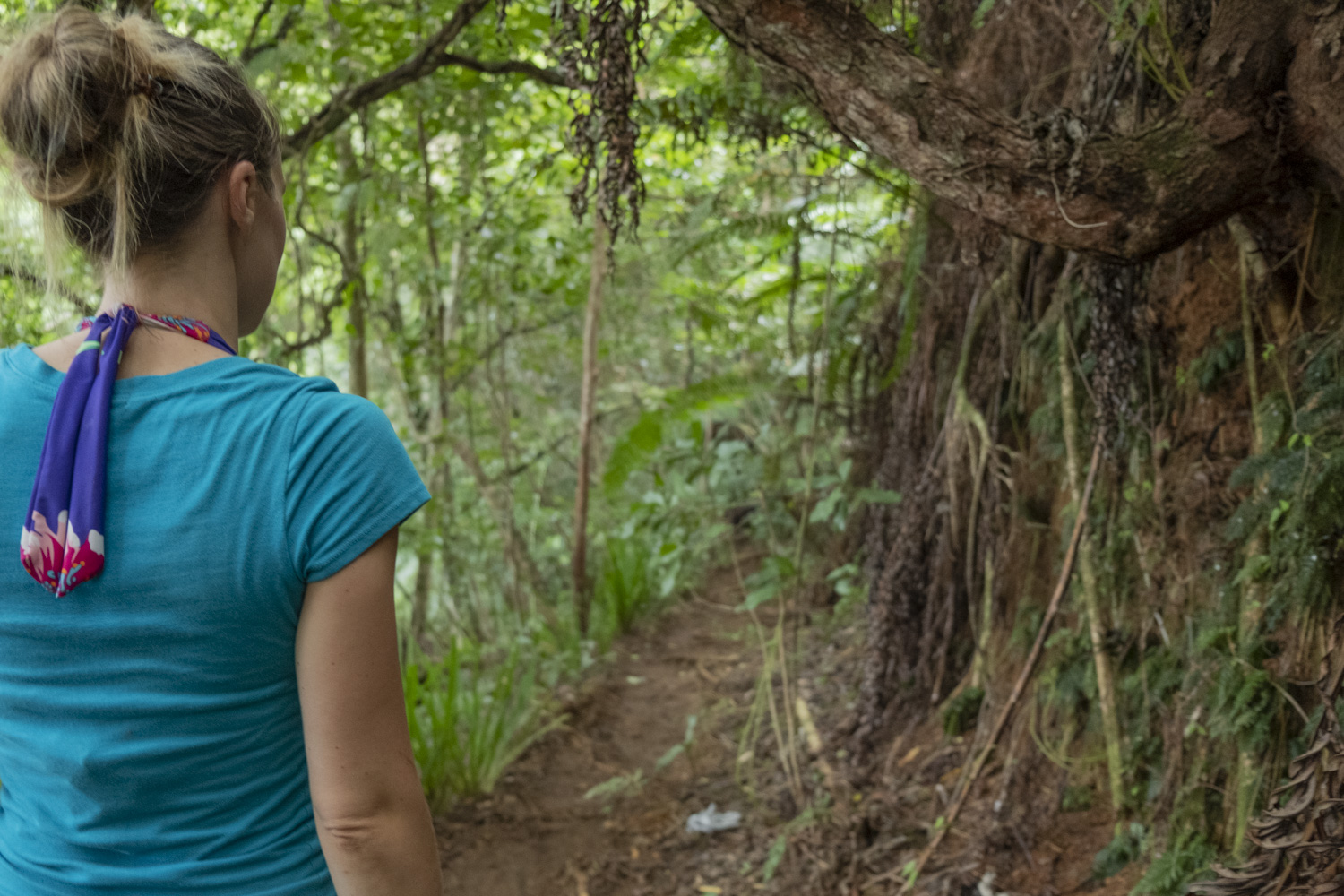 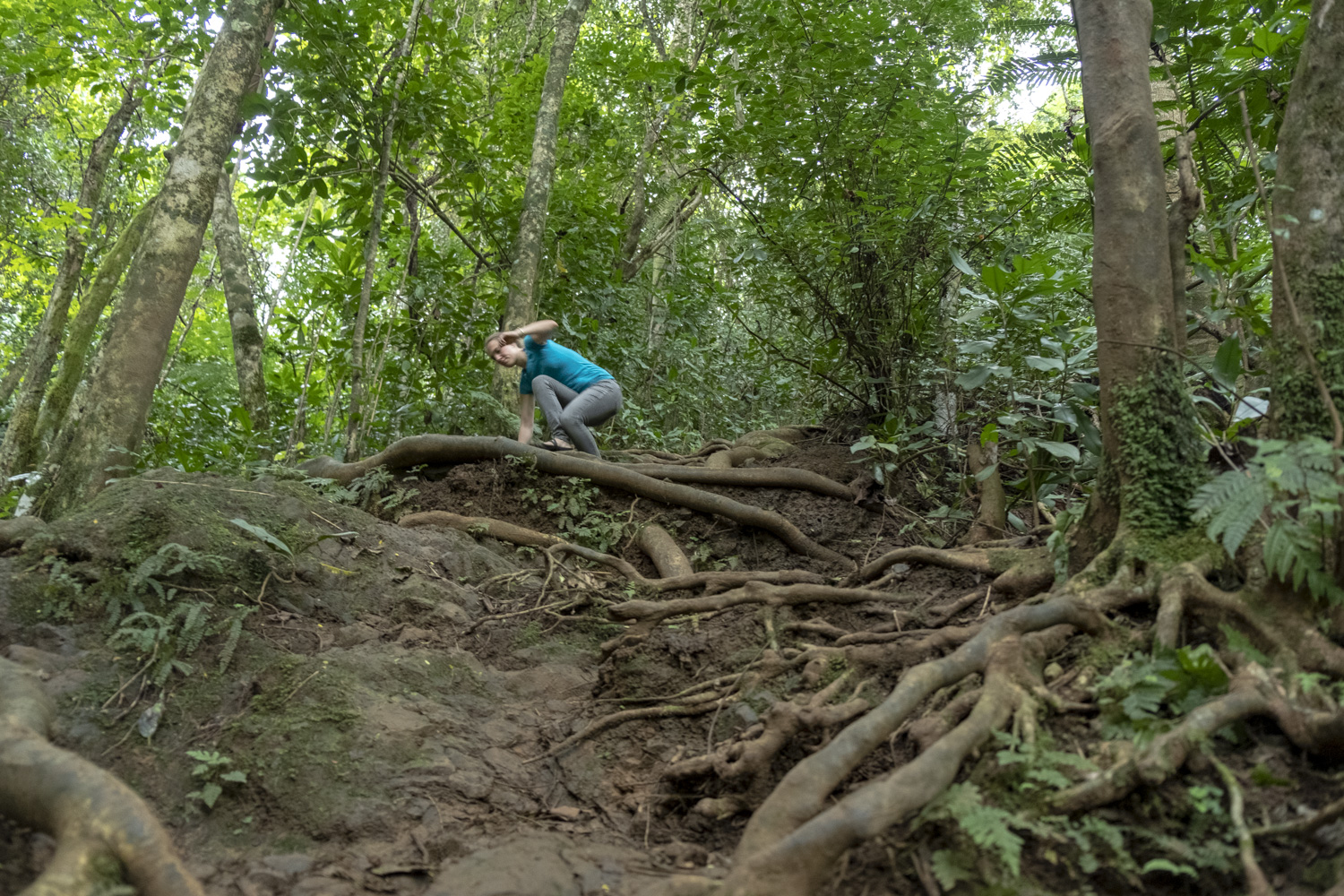 The way down was definitely easier than the way up! 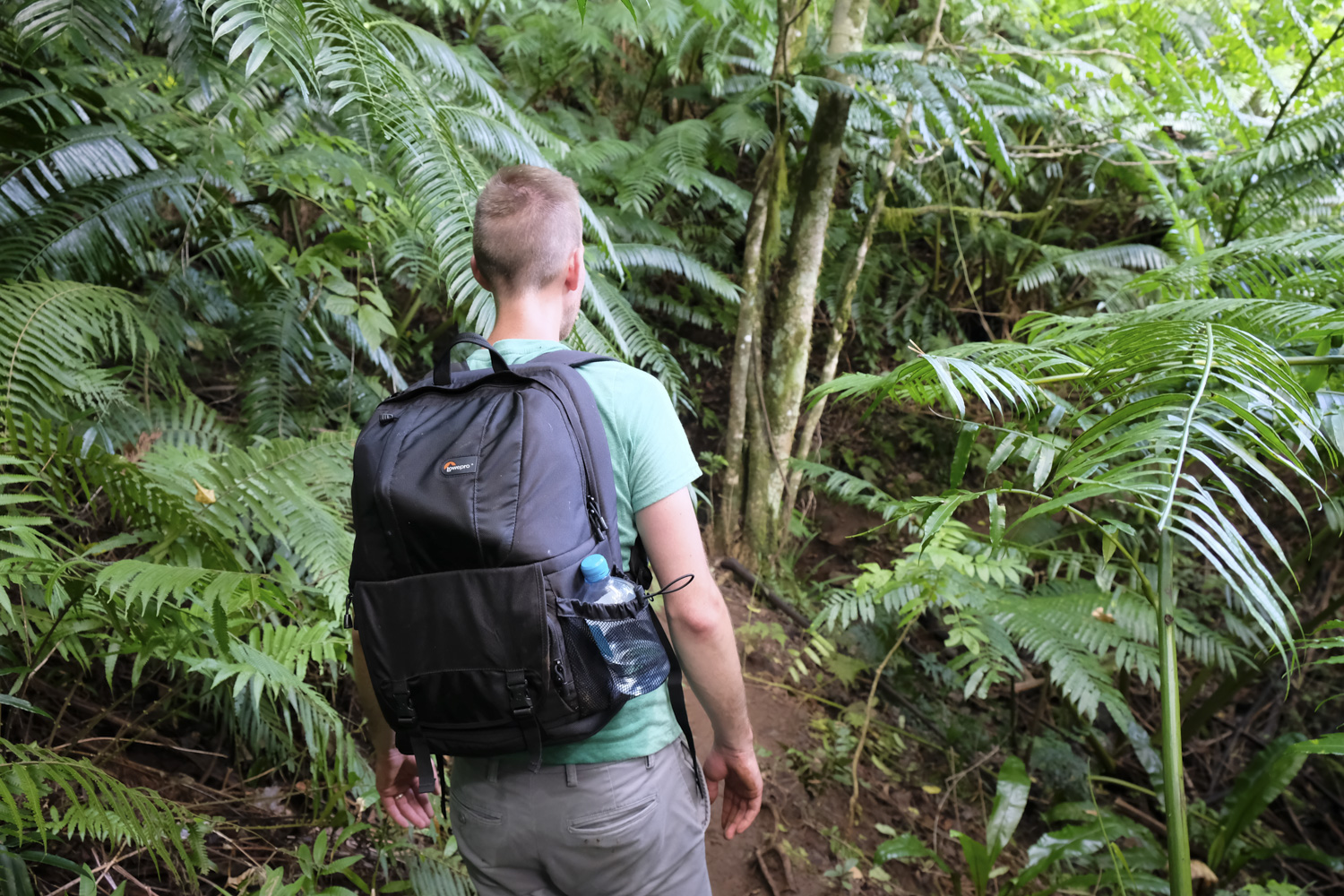 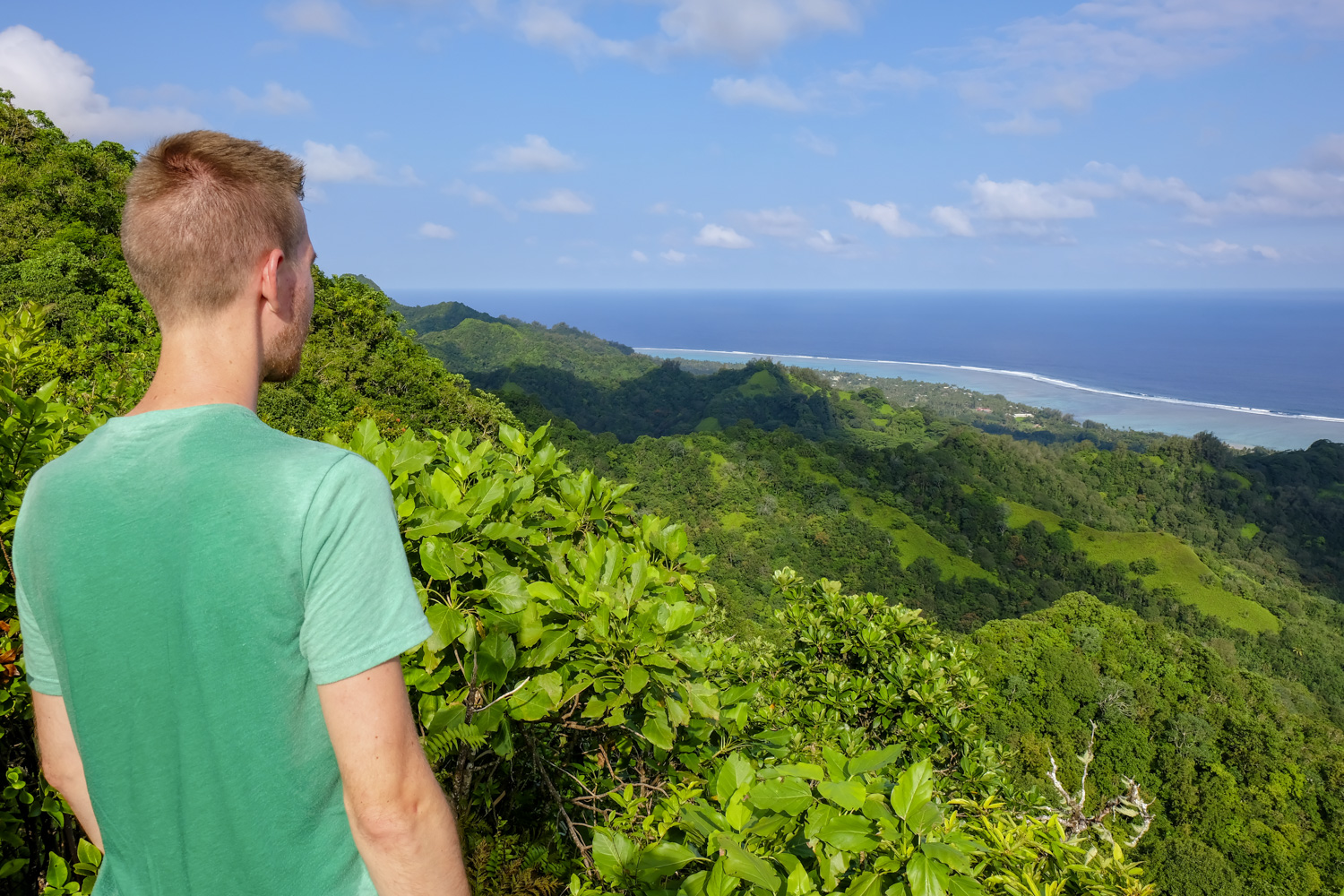 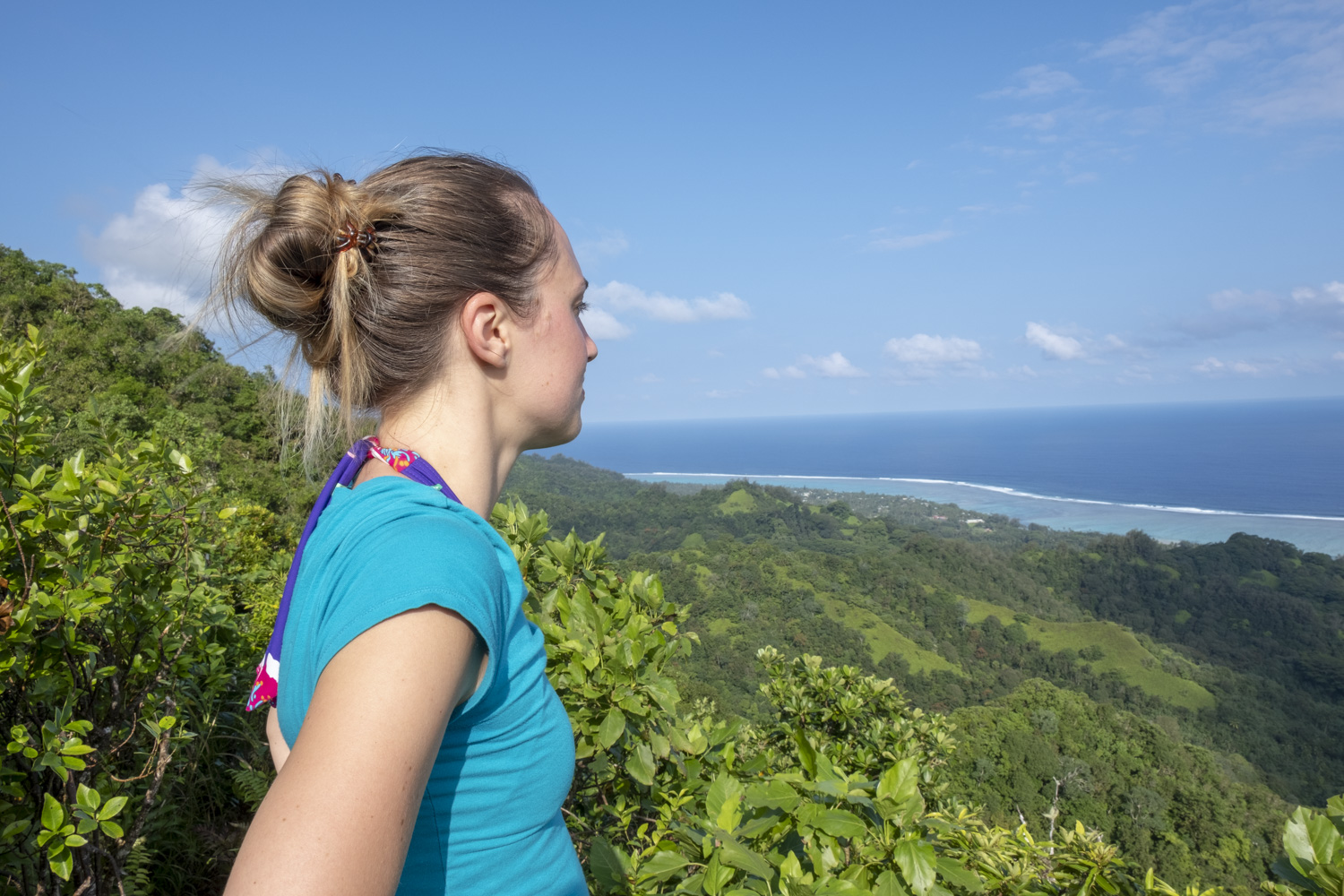 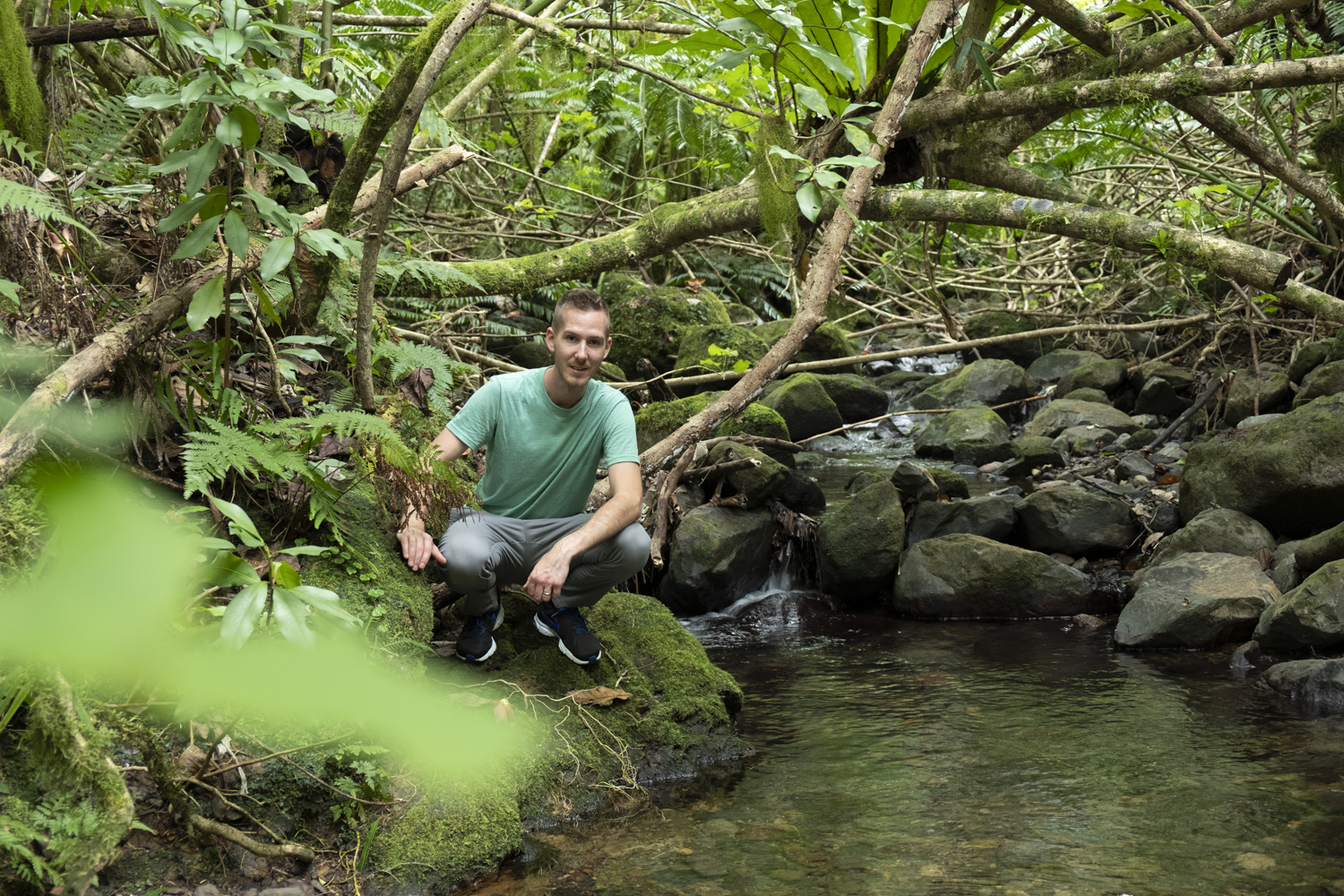